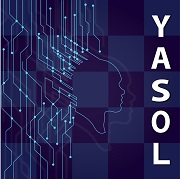 2005: Intel ACC Grant, together with Prof. Platzner and Dr. Simon

2004, August: Abu Dhabi – Unites Arabian Emirates. Chess program Hydra beats Shredder clearly in an 8-game match. Since then, Hydra is often denoted to be the strongest chess program of the world. The event resulted in a lot of public interest, e.g. in the Infinity-channel of the UAE television, articles about Hydra in c’t, Chip and related press.

2001: Chess program P.ConNerS is the first chess program that can win an International FIDE-Grandmaster chess tournament. The event caused a lot of public interest in ICCA-Journal, BILD and other newspapers.

2001: Award for best PhD thesis in computer science at the Paderborn University

From 1994 to 2004: Organizer of the yearly International Paderborn Computer Chess Championship (IPCCC) with the aim to support the German computer chess community.